For many of us, when we think of Christmas, we think of Christmas trees, presents, spending time with family and friends and over indulging in delicious food and drink. For many, this isn’t the reality. In fact, it’s quite the opposite. Instead of spending the festive season celebrating, many individuals across the UK will be spending it homeless. This Christmas, Oltco Gloucester has been on a mission to spread Christmas cheer with those less fortunate and to help give back to the local community.

After working in a city centre bar in Gloucester, local woman Kerry Greenaway, was inspired to do something after witnessing the plight of the county’s homeless community.  For the past three years, Kerry has been independently collecting rucksacks and filling these with essential items such as deodorants, cough sweets, wet wipes, warm clothes and other toiletries, and donating these to individuals in need.

On the first year of collections, Kerry managed to fill and distribute six rucksacks. After this increased to a total of 14 rucksacks in the second year, Kerry was on a mission to collect even more in 2019.

After finding out about the collection for the homeless, Brian of Oltco Gloucester, instantly knew that it was a cause they wanted to support and help raise awareness of, both by donating himself and by encouraging other locals to get involved too. Brian immediately resonated with Kerry and her ethos which was a great match to Oltco’s ethos to feel good about the work we do and the decisions we make.

Thanks to Oltco Gloucester Kerry’s expectations have been exceeded and over 30 rucksacks have been collected, filled and donated to homeless individuals across Gloucester. To spread the Christmas cheer even further, Oltco Gloucester also added lots of treats, selection boxes and tubs of sweets to make the rucksacks even more special this year.

Oltco Gloucester has already decided to team up with Kerry again in 2020, and have set the target of donating 75 rucksacks! 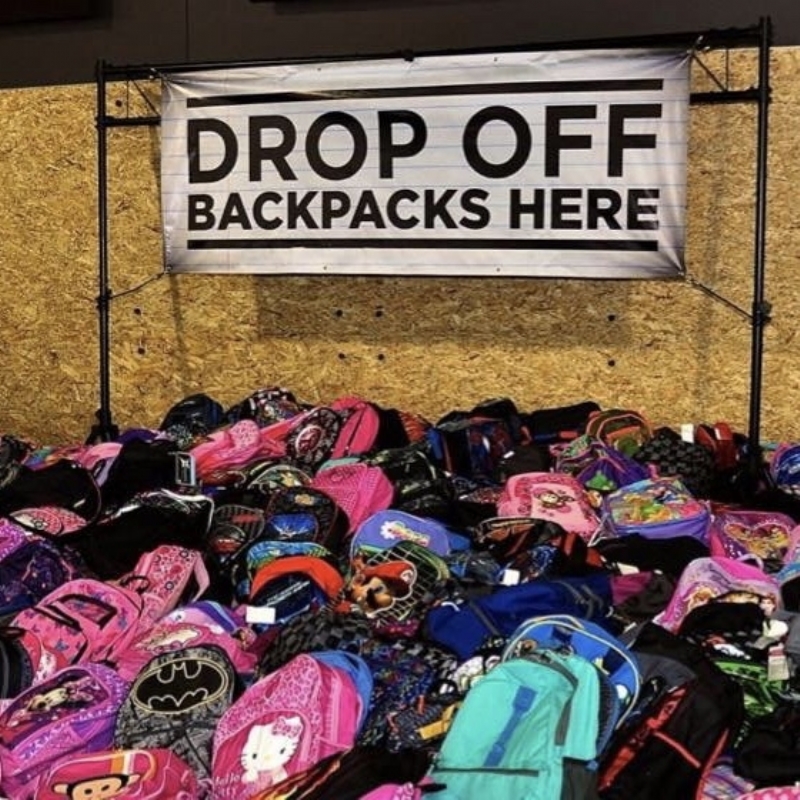